Golang: why sort takes value rather than pointer

For golang, every time a variable is passed as parameter, a new copy of the variable is created and passed to called function or method. The copy is allocated at a different memory address.This strategy is called Pass by Value, which has few side effects.

Therefore, when change struct self, we have to pass the pointer to function. For example, I would like to change the age of student:

When go through Go by Example, I found a very strange case relating to function invocation.

In this example, the counterintuitive fact is sort.Strings(strs) took a slice as parameter, which is a value[1], sorted it, and changed it!

How does it happen?

The key is slice!

When sort.Strings(sliceA), a brand new slice sliceB will be created, which also points to the array. 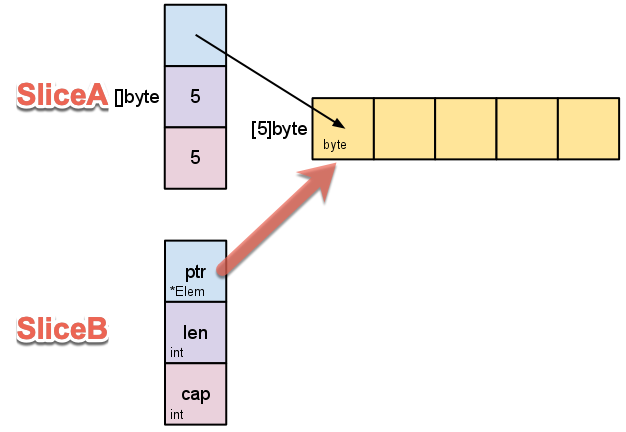 After the array under the hood has been sorted, I could print the sorted array through SliceA.

That’s the magic! Slice has a pointer to the real array!